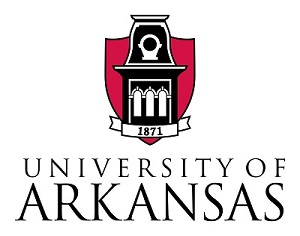 Ralph Henry, a researcher at the University of Arkansas and co-founder of Innovate Arkansas client firm InterveXion Therapeutics, will be one of five UA innovators at the third-annual Southeastern Conference Symposium Sept. 20-22 in Atlanta.

InterveXion Therapeutics, a UAMS startup, is a pharmaceutical R&D company focused on developing antibody-based medicines to treat drug abuse. Henry will lead a presentation at the symposium.

The annual SEC Symposium brings together representatives from the league's 14 schools to address academic issues and talk football. Ha. Well, they probably do talk some football. But the symposium is a mission of SECU, the academic initiative of the SEC (which was initially based in Fayetteville, by the way, but now resides with SEC home offices in Birmingham).

Its official mission is to "address a significant scholarly issue by utilizing the range of disciplinary strengths of all SEC universities in a manner that expands opportunities for collaboration among SEC faculty and administrators."

The subject of this year's symposium is a good one: “Creativity, Innovation & Entrepreneurship: Driving a 21st Century Economy.”

Joining Henry in the UA contingent as panelists will be:

Here's more on the symposium from the UA Newswire.

The symposium offers opportunities for University of Arkansas faculty and students to learn from and share their expertise with SEC peers and colleagues. The goal of the 2015 SEC Symposium is to explore higher education’s role in preparing individuals to be creative, innovative and entrepreneurial thinkers and to evaluate the ways in which universities serve as drivers of economic development.

Ralph Henry, a Distinguished Professor of biological sciences at the U of A, is a symposium presenter. Henry is the W.M. Keck Professor in the J. William Fulbright College of Arts and Sciences. The centerpieces of the endowed professorship are to enhance scholarly interdisciplinary research and create new businesses.