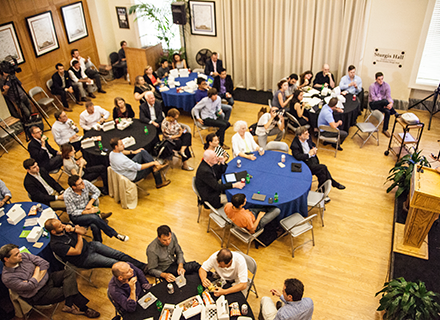 As a result of Innovate Arkansas' programming, the state of Arkansas has benefited from the launch of more than 750 startup companies, the creation of more than 6,000 Arkansas jobs, a sizable $939 million in revenue generated by these growing ventures, and a total of $473.6 million raised by our clients in private investment, public investment, and federal grants.

Innovate Arkansas is focused on building and managing the programs needed to accelerate business growth for tech-based startups and established corporations in Arkansas. As the primary conduit between both sides, Innovate Arkansas serves a critical role in developing talent, building commerce, and securing the capital required to develop the state's high-growth economy.

About Our Team >About Our Partners >